Continous sub-division of matter would ultimately be led to atoms which are further indivisible. It was further observed that atoms contain sub-atomic particles that are Proton, Neutron or Electron.

As per Thomson’s Model of atom posses, a spherical shape in which positive charge is uniformly distributed. Electrons are embedded in such a manner so as to give most stable electrostatic arrangement.
Thomson’s Model is also known as watermelon model or raisin pudding model.

Rutherford’s Model consists of an element Polonium with a reflection plate, a screen and a gold foil.

When alpha rays are bombarded on gold foil then following observations were observed.

Based on these observations following conclusions were made

According to Maxwell’s Theory, electromagnetic radiations charged particles when accelerated should emit electromagnetic radiations. Therefore electrons will lose energy and will get merged into the nucleus which is contradictory to what is observed. Thus it cannot explain the stability of an atom. Practically it would have taken 10-18 seconds for the electron to spirally merged into the nucleus.

These are energy carriers and they travel in the form of a wave. Wave motion is perpendicular to the electric and magnetic field. 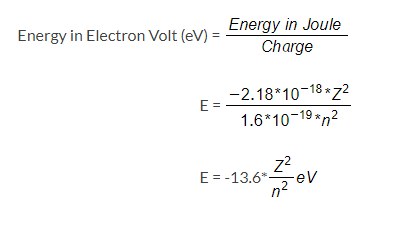 Law of Quantization of Energy

As per this law, the energy of the electron (e–) is quantized that means electron will jump from the first but to another if and only if the exact amount of energy is required or supplied. When an electron jumps from a higher orbit to lower orbit then it emits energy in the form of radiations. This radiations have different wavelength and are known as spectral lines. ABOUT US
muskansingh.com is an educational blog which provides all information about latest exams, result released, top colleges, latest news about education, career counselling and many more. Keep learning ^_^
FOLLOW US
© muskansingh.com | All Right Reserved
MORE STORIES

How to improve the body language

How to study for an exam without cramming